Four years ago, I was writing weekly recaps of my pregnancy with Liv.  Back then, she was “Bob,” short for baby-on-board.  Look at Bob, now!: 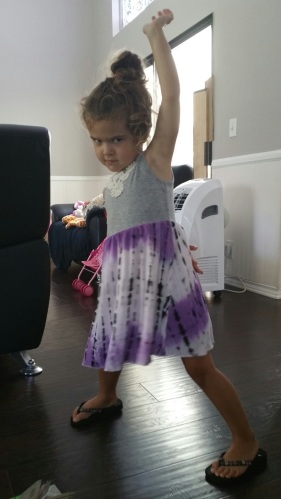 Today, I’m 10 weeks pregnant with baby #2, who Liv nicknamed “Baby Cookie,” though “Baby Lollipop” and “Baby Marshmallow” are also in her regular rotation.

I’m hopeful that in bringing back the weekly recaps, it’ll give me space to focus on the milestones, highlights, and vent about the challenges… because oh boy, this pregnancy has been so different from my first.

Finding out about Baby Cookie:  During our Alaska trip, I had a few bouts of nausea, but didn’t think much about it, because I do get carsick and bus-sick.  I was exceptionally hungry and despite losing a few lbs. on the trip, I felt thick around the middle.  Too many desserts, I thought…

We were on our flight home on August 4th — my college BFF’s birthday! — when it popped into to my mind to take a pregnancy test, because during our layover, nothing sounded good except a giant bag of salty kettle chips and a diet coke (which I hardly drink anymore).  Back home, I demolished Jared’s barbecue chips before taking a pregnancy test, fully expecting it to be negative, because we weren’t “trying.”

Without a word, my jaw hanging open, I showed Jared the two lines.  My heart started racing as I was overwhelmed with disbelief and shock, but Jared’s excitement was infectious.  We ate takeout from Phil’s BBQ, earning Cookie his/her first nickname of “BBQ,” which quickly dissolved as I spent the next couple days vomiting at work, overcome with nausea, and inevitably repulsed by barbecue… Ha!

Our first midwife appointment:  We scheduled an appointment with the midwives group we used with Liv.  We had to wait a few weeks, but managed to get an appointment on a Friday afternoon, so all of us could go together — we were all anxious to see the baby!  I was especially curious to find out how far along we were.  Having PCOS and very infrequent periods, I figured we were somewhere between nine and 16 weeks pregnant (that’s a pretty huge gap)!

When we were greeted by the same intake nurse from four years ago, Tracey, I thought: “We’re old pros; this appointment will be a breeze,” but I had page after page of paperwork to fill out before a full check-up with a new midwife, Amanda.  An hour and a half later, she said we’d have to schedule another appointment for a dating ultrasound to find out how far along we were, since she wasn’t trained to do them yet.  Holy bummer…

I changed back into my clothes feeling so disappointed, but Amanda suddenly popped back in to say she’d found a nurse who could do an ultrasound right now!  I asked Tracey to track down Jared and Liv, who were “exploring,” (because kids get antsy…) and minutes later, we were huddled in a dimly lit room, ready to see the baby.

It’s a moment I hope I remember forever — Jared had Liv in his arms, as she held my hand, he held my arm, and then, there was our baby!  A tiny, blob-like, gummy-bear on the screen, followed by the remarkably fast whoosh-whoosh-whoosh of the tiniest little heartbeat, fluttering away, 181 beats-per-minute.

While I’m grateful to have more time to prepare for this little one to join us, I was  disappointed that I wasn’t just a tad closer to the second trimester, so we could tell the world, and mostly, because I’m desperate to start feeling better…

How I’m feeling?:  So sick!  With Liv, I remember waves of nausea and some food/smell aversions, but that’s like comparing a lazy river to a tsunami.  Over the last four weeks, I’ve thrown up more times than I can count, which I quickly learned happens when I don’t eat, and so I’m always eating.  The worst part is that I’m nauseous 24/7, whether I eat or not, and it even wakes me in the middle of the night.  Less annoying symptoms: constant thirst and fatigue, waking up to pee 3+ times a night, and so many smell aversions (car fumes, perfume, cigarette smoke, bad breath, and so many food smells… ugh…).

What I’m eating?:  I stuck with a lot of sick/comfort foods at first — chicken broth replaced coffee in the AM, crackers, toast, soup, eggs, fruit…  More recently, I’ve been obsessed with chili, iceberg lettuce with caesar or honey mustard, refried beans with salsa, rice cakes with salsa, salsa straight out of the jar… and I could probably eat hard-boiled eggs with avocado mayo on toast for every single meal! 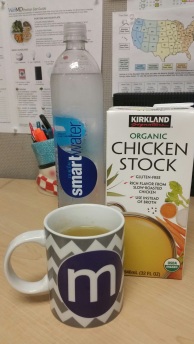 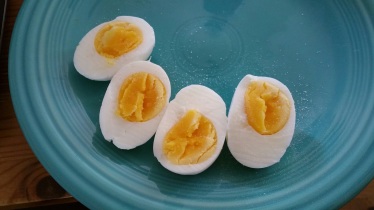 I suggest Chipotle for dinner every night, and of course, there’s plenty of mint chocolate chip going down — my #1 craving with Liv, which never went away!

Running with Cookie:  I ran throughout my pregnancy with Liv, logging 900 miles and completing nine races, in nine months!  I was so proud to be a pregnant runner and despite the obvious challenges (having to pee every mile, carrying the extra lbs…), I felt great while I was running — like myself, just slower…

This go-round has been different.  In July, I didn’t know I was pregnant, felt great, and logged 172 miles.  I was running “easy” at 8:00-8:30/mile, 35-45 miles/week.  In August, I hit six weeks pregnant, and was slammed with constant nausea, which hasn’t let up… I’ve tried to continue running, but closed out the month with 63 miles — my lowest mileage in years.

I’m hopeful that the second trimester brings relief and I start feeling better, more awake, motivated, and capable of running again, because I really want to keep us healthy, to “train” for childbirth, and gosh, to feel even the tiniest bit like myself again…

What we’re up to?:  From that first positive test (8/4) until our midwife appointment (8/26), Baby Cookie was our little secret.  There were a dozen occasions when Liv could’ve spilled the beans to someone, but each time, we walked away amazed, as Liv exclaimed: “I didn’t tell our secret!”  We might’ve celebrated that too much, because after our appointment, when we’d planned to start sharing the news with parents and siblings, Liv kept her lips sealed.  I had big dreams that she’d make the announcement and coached her to say: “Surprise!  We’re having a baby!”  But every time she had the stage, she refused to say a word, and her “Big Sister” t-shirt did the talking…

Our parents and siblings were all excited about our news.  One of the most memorable moments was when my mom realized the March 30th due date meant I wouldn’t be running the Boston Marathon on April 17th.  My heart sank when she said it, because it’s something I can’t help feeling a little sad about — 10 years of running, 22 marathons, I finally qualified, and won’t get to run… BUT my dad quickly chimed in: “Well, when you do run Boston, you’ll have an even bigger cheering section.”  And now, I can’t help but smile every time of think of Boston!

After a weekend of celebrating Baby Cookie, our big kid started preschool on her own!  It’s for three hours on Tuesdays and Thursdays, which doesn’t seem like much, but after 3.5 years with our little sidekick around 24/7, it’s crazy weird to be apart from her.  But she loves it!  (And we’re loving it, too…) 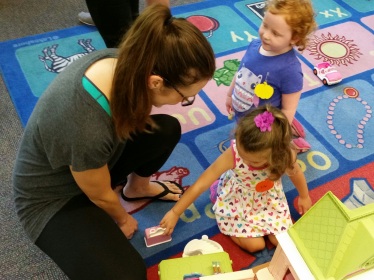 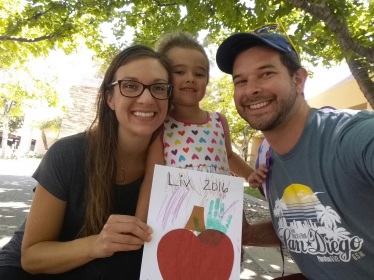 Another milestone, that I can’t leave undocumented, was August 31st — one year since we said goodbye to Sully.  We still miss our sweet boy so much… 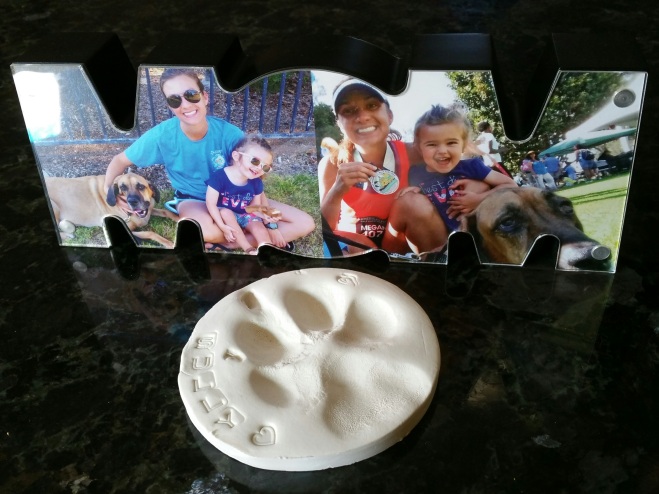